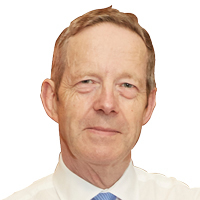 Why is paying tax so costly and what can be done to streamline the process?

Tax compliance costs the average UK small firm thousands of pounds every year. Now, a division of the Treasury itself is calling for change. So why is paying tax so costly and what can be done to streamline the process?

UK small business owners lose, on average, £5,000 and three working weeks to the tax compliance process every year. An HMRC regime that’s time-consuming and expensive to navigate can make life very uncomfortable indeed. The old adage that ‘there are two certainties in life: death and taxes’, certainly resonates.

More than four in ten of our members here at FSB find tax rates confusing. A similar proportion say exemptions are difficult to understand. To save themselves the hassle of meeting HMRC’s demands, more than three quarters end up shelling out for expert help.

Another old reference point that often surfaces in discussions about this issue is the fact that the UK tax code is longer than the King James Bible.

Striking though it is, this comparison hints at the big historical barrier to improving the entrepreneur user experience of HMRC. Namely that discussions about tax simplification are dominated by calls to simplify the tax code itself, rather making the process of paying tax more straightforward.

If a tax is conceptually simple it doesn’t necessarily mean it’s easy to pay.

Take VAT, for example. The majority of small firms say the tax is easy to understand. But, because of the admin that goes with charging it, collecting it and navigating its myriad exemptions, it’s actually the most time-consuming to pay. VAT, on average, costs small firms 44 hours a year.

Hope is on the horizon though. Done right, the roll-out of Making Tax Digital (MTD) could make the tax compliance process considerably easier for small firms. Greater digitalisation takes us a step closer to automation of tax collection.

Caveats are needed at this juncture though. The government has been right to make MTD voluntary for the smallest firms. It should continue to do so to allow success stories to emerge and thorough user-testing to be conducted. Equally, the transition to MTD needs to be affordable. It’s no use swapping one set of huge tax-related costs for another.

Increasing the reach of reliefs

“A complex patchwork”. That’s how the Treasury’s Office of Tax Simplification (OTS) describes the various tax reliefs that are on offer to small firms. No doubt business owners who’ve been frustrated by the process of applying for reliefs might reach for a less delicate analogy.

The main problem we’ve found with tax reliefs is not so much that they’re ineffective – thousands of small firms have hugely benefitted from business rates relief, R&D tax credits and the Employment Allowance – it’s more that awareness levels aren’t where they should be. Two thirds haven’t heard of the Enterprise Investment Scheme (EIS), for example. Equally, small firms tend to think about reliefs when they take stock at the end of the tax year rather than when they’re planning for the future. That needs to change.

The OTS agrees with our recommendation that more should be done to raise awareness of the reliefs that are out there and backs our calls to simplify compliance.

So let’s ring the death knell for conversations about how much longer the tax code is than the King James Bible. Our focus must turn to the small business user experience of HMRC and ensuring entrepreneurs can access the reliefs they need to thrive.