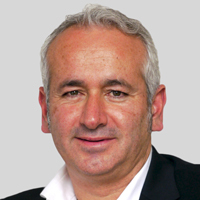 The rise of the ‘gig economy’ of short-term contracts and freelance work is the subject of endless discussion these days, but a similar movement towards a “project economy” in the corporate world has gone almost unnoticed, says project management guru, Antonio Nieto-Rodriguez.

Companies are quietly moving emphasis from routine operations such as making, selling and shipping products, to larger, longer and more profitable projects. They still make the products, but they use them in bigger and more creative contexts.

“There has been a disruption, or shift, to companies dedicating more and more resources in terms of staff and budgets to project activities,” Nieto-Rodriguez says. “Employees and senior executives are devoting more time to projects. However, it’s rarely full-time; it’s on top of their operational roles in finance, marketing, sales, etc.”

An exciting approach is to amplify a company’s products into new markets for high-value projects. Philips, for example, is moving from simply building and shipping medical equipment – such as body scanners – to bidding to build whole hospitals. “Why sell a few machines when you can sell a project that spans 20–25 years? I believe that product-based companies will all change into selling projects,” says Nieto-Rodriguez.

Future PMs will be entrepreneurs and business people who look at the financials.

The idea may be adopted even at the consumer level, he predicts: “Imagine if Nike applied the same concept; you want to run the London Marathon, so you go to Nike. Rather than just selling you some trainers, they work with you for the next few years. You buy the shoes, of course, but they will also sell you personal training, nutrition advice and health monitoring. The challenge for companies is to find out how they can get involved with someone for five to ten years and make their dreams happen.”

The emergence of the project economy is also being driven by the rise of robots, which are set to take over some aspects of work, such as production, sales and distribution of mass-produced products. “Very soon, everyone will be doing projects, with automated intelligence (AI) and robots doing the operational, day-to-day activities. This is already happening in some industries,” he says.

Thinking needs to be change-orientated and flexible

The change to a project economy will disrupt the lives of executives brought up in a world of routine and predictability. “The gig economy is really based on projects that require different skills, especially for executives who today spend maybe 10% of their time on projects and the rest on the day-to-day. This will be radical for them as they will have to spend much more time on change and projects than they do today, which require a different skill set,” Nieto-Rodriguez says.

Why sell a few machines when you can sell a project that spans 20–25 years?

The trend will impact project managers as well, forcing them to become more entrepreneurial and business-minded. “In China, I researched how companies like Alibaba are organised, and they are much more project-based. Operations are carried out by technology, so these organisations are very flat. Someone will come along with an idea, and if the feasibility study makes sense, they set-up a formal project with a full-time team to create it. Once it has been launched, the same team will lead that business, so project managers (PMs) will look different in the future from what we know today. Future PMs will be entrepreneurs, business people who look at the financials to make sure the idea becomes a profitable business rather than PMs who just create a project and move on to the next project.”

The project economy may even make work more rewarding for us humans, Nieto-Rodriguez believes. “The best way to re-humanise work is by projects, like entering a marathon or the Olympics. It brings you closer. You get the best memories when you have been part of a team that did something worthwhile.”

Nieto-Rodriguez’s next book,“The Project Revolution: How to Succeed in a Project-Driven World”, will be published early 2019 by LID.