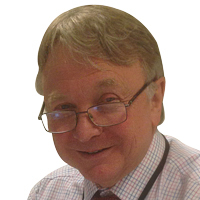 While a customs union or partnership may allow duty free movement between the EU and UK it could and probably will still require businesses to prepare and submit import and export documents in some shape or form.

Tax and the European Union each inspire far-fetched comment, and that is certainly the case when you put the two together.

One regularly hears from Brexiteers that, free of the shackles of Brussels, all kinds of tax reform and liberalisation are possible – and equally, from Remainers, that such changes are needed in a desperate attempt to make good the economic losses of leaving.

We will always need to pay taxes

Let’s get real. Britons may be free but they will always need to pay taxes. Aggressive tax competition was always possible – perhaps easier – for countries within the EU (look at Luxembourg) – but in or out, global public opinion is mobilising against it, and its days may be numbered.

A read of the Office of Tax Simplification’s recent report on VAT (‘Value added tax: routes to simplification[) demonstrates that even with this emblematically European tax, most of the complexities and distortions that burden business and complicate life are entirely home-grown, and always within our power either to remove or (most likely, on past form), to go on putting up with.

The biggest tax impact of deciding to leave the EU is, without doubt, the need to create a national customs duty system.

This is likely to be the case even if we end up in some form of customs union, or customs partnership (currently a matter of some political controversy!) While a customs union or partnership may allow duty-free movement between the EU and UK, it could (and probably will) still require businesses to prepare and submit import and export documents in some shape or form – though not necessarily at the border. The impact of this on the 135,000 businesses who currently trade with the EU, in having to come to grips with serious customs obligations for the first time (in half a century for the oldest businesses, or ever for most of them) cannot be overstated. It is likely to drive up cost (e.g. outsourcing import or export document preparation and filing), or, for larger businesses, potentially drive supply chain changes (whether into or out of the UK or EU) in order to meet preferential agreement conditions with third parties.

Another impact on business is that, for every 24 hours delay in shipping due to unready customs regimes on either side of the channel, another day’s worth of inventory needs to be funded and in motion. Just In Time delivery may need to become ‘Just In Time, After Allowing For Significant Border Friction’.

How to deal with tax post-Brexit

HMRC will need IT and other systems to deal with them. Many ports only handle business with Europe. Laws are being drafted, and either put through Parliament, or the machinery of secondary legislation. There will need to be guidance, compliance, and enforcement. Will there be a soft enforcement regime to help business adjust to any post Brexit regime? And will there be a strong helping hand by government in helping these businesses learn or relearn how to import and export? Or will it be a Brexit version of caveat emptor where innocent errors cause shipping delay, enquiries and punishment?

So what will Brexit really mean at a wider European level? If I am to risk one firm prediction, we will be standing shoulder to shoulder with Europe – more closely than ever before on tax issues – in trying to extract more taxes from the US technology multinationals, even risking the wider multinational consensus developed over decades to do it, and even though the amounts collected will never match the expectations that the public is being encouraged to have.’