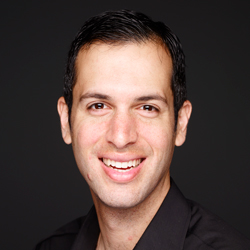 Beaches across the planet share many characteristics: sand, water, ocean breezes—and plastic. At Floyd Bennett Field in Brooklyn, New York, the coastal area where artist Barry Rosenthal goes collecting, trash piles up fast and in layers, as if at an archaeological site.

Plastics will indeed be the artifacts of our era, particularly in oceans, where the material invades ecosystems and floats around the world. More than five trillion pieces of plastic already fill the seas, with some nine million tonnes added each year.

Artist Barry Rosenthal builds these assemblages to illustrate the extent of marine pollution. He keeps trash in his studio for months – sometimes years – until a critical mass of colour emerges.

These objects have little in common beyond their shades of white – and their slow degradation by ocean waves, harsh sunlight, sand, and salt.

Rosenthal observed how bottles, toys, and food wrappers fade, wear out, yet never disappear. He started building and photographing sculptures of ocean trash to illustrate the problem of marine pollution.

We need a paradigm shift in all packaging design. Not just plastic bags and straw bans to make people feel good.

Eventually he began to gather the detritus to use as his art materials, cleaning a small section of the coast over and over again. “I started to just collect as much as I could and go back to my studio to sort it out,” he says. Each sculpture has a theme, by colour, shape, or intended use.

Manufacturers design products, such as plastic utensils and to-go cups, to be used only once. But these items don’t go away: scientists believe some plastic trash lasts forever.

Even pharmaceutical waste, including pill containers, syringes, and inhalers, finds its way to the beach.

Rosenthal collected motor oil containers along the shore at Floyd Bennett Field in Brooklyn, New York. Among the trash that lines the shore are wrappers for candy, chips, and other snack foods.

A project begun for aesthetics has acquired a second purpose: raising social and environmental awareness. Now Rosenthal travels to speak about ocean pollution and what might help clean it up. The most meaningful advance, he says, would be to rethink our method of consuming.

“We need a paradigm shift in all packaging design,” he says. “Not just plastic bags and straw bans to make people feel good.”

Learn more about plastic waste and take the pledge to reduce it at natgeo.com/plasticpledge.

This story is part of National Geographic’s Planet or Plastic?— their multiyear effort to raise awareness about the global plastic waste crisis. Learn what you can do to reduce your own single-use plastics, and take your pledge.