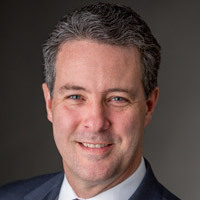 Bank trading books play a vital role in enabling companies to access financing, so it’s critical that the calibration of trading book capital rules is appropriate.

The Fundamental Review of the Trading Book (FRTB) is just one piece of the overall global framework for bank capital, but it plays an incredibly important role. It will ultimately determine the cost and availability of capital markets financing and hedging for those companies that want to develop and expand their businesses. Getting the FRTB right is therefore something that should matter to anyone involved in wholesale financial markets or who cares about the efficient functioning of the economy.

So, what exactly is the FRTB?

Simply put, it’s an overhaul of existing rules governing bank trading book activity. This includes bank market intermediation activities – for example, helping companies issue debt and equity and finding buyers to hold it, and enabling those that want certainty and stability to hedge risks that are not core to their business (for instance, a manufacturer that wants to lock in foreign exchange rates so a shift in currency levels won’t affect the revenue on its exports). This type of intermediation and liquidity provision is the grease that keeps the wheels of the economy turning.

The stated objective by the Basel Committee on Banking Supervision – the group that develops the global capital framework – is to replace existing trading book measures with a more coherent and consistent set of rules, and to reduce variability in market risk capital levels across banks.

The FRTB follows other foundational changes to capital rules that have already been made – changes that have resulted in the world’s largest banks holding an additional €1.5 trillion in capital since the financial crisis. To put that in context, that’s roughly equal to the GDP of Canada, the world’s tenth largest economy.

ISDA and its members broadly support the objectives of the FRTB – for instance, overhauling the standard market risk capital model to make it more sensitive to risk, and introducing eligibility criteria for banks to use their own models. However, it’s critical that these measures are appropriately calibrated and proportionate to risk. Analysis conducted by ISDA and other financial market trade associations shows that the FRTB, as currently proposed, would increase market risk capital requirements by between 1.6 and 2.5 times. That’s on top of the increases in capital already introduced via other Basel trading book measures, and despite a commitment by regulators not to significantly lift capital requirements further.

An increase in market risk capital of that magnitude matters, because banks allocate capital on a business-by-business basis. Each business needs to be economically viable and sustainable in its own right. If the cost of capital that needs to be held against trading book activities is disproportionate to the risks of those activities and the returns they generate, then the economically rational response is to allocate capital away from intermediation and market making. That means less availability of financing and risk management services for businesses, and higher costs. These services are important to any vibrant economy.

In a positive development, the Basel Committee has now recognised that the FRTB needs more work. In December, it delayed implementation until 2022, and pledged to review how the various approaches are calibrated. A new consultation paper has also just been published.

As the Basel Committee standards are not legally binding, national authorities then need to transpose the Basel FRTB framework into local regulations. In order to ensure global consistency and a level playing field, it is important that FRTB implementation is homogeneous across the various jurisdictions. That will be an important step in achieving a safe, appropriate and harmonised framework for bank trading books.