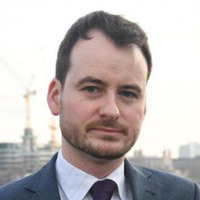 Cards have overtaken cash in payments but they will soon have a rival in the form of a direct “Pay By Bank” option.

Cards overtook cash in 2016 as the most popular form of paying for goods in shops but, soon enough, plastic is expected to face a challenge itself from direct bank transfers.

While cash will take a lower slice of the payments market, it is unlikely to be replaced entirely, according to Andrew Cregan, Policy Advisor on Payments and Consumer Credit at the British Retail Consortium (BRC). Instead, cash and cards will coexist and will be joined in a couple of years by a new form of “Pay By Bank” facility.

Cregan believes this way of allowing consumers to pay a retailer direct, straight from their bank account, will be readily deployed by retailers because they have been angered by how the major card schemes, such as Visa and Mastercard, have behaved recently.

“The EU has acted to cap the charge from a customer’s card issuer, often their bank, and this has been used as justification for preventing retailers passing on card fees to customers,” he says.

“The trouble is, the card schemes’ fees weren’t capped and so they’ve raised their charges outrageously over the past couple of years to a point where they’re on course to negate any of the gains made through curtailing the card issuer’s charge.”

There is, however, an alternative on the horizon. The EU paved the way for a new type of payment at the beginning of the year with the Payments Services Directive 2 (PSD2). By allowing companies to register as a Payment Initiation Service (PIS), a new direct channel has been created to offer customers a the option to “Pay By Bank.”

This could represent a far more convenient means for customers to pay for their goods which aligns with the current trend of removing the physical presence of a card at a cash register, even if it is being used in the background.

“People are moving towards contactless payments and mobile wallets, which move them away from presenting the card and typing in a PIN,” says Cregan.

“Of course, even if you’re using Apple Pay or Google Pay, your payment is still ultimately made by card; it’s just a more convenient way of presenting it. So, we think that, in the long-term, this trend will continue and customers will start to make payments without the need for a card at all.”

Easier for consumers and retailers

The provision for a PIS to allow consumers to pay a retailer as easily as a friend in their online banking payee list will be a “win” for both customers and retailers, Cregan believes. The public wants convenience, so, not having to carry cash or a card will be well-received. Retailers, on the other hand, are keen to reduce transaction fees. For this reason, it is likely the new direct payment system will be brought in through retailers banding together.

“The conversations we’re taking part in would make me believe this will be done collaboratively so there is an accepted term, such as ‘Pay By Bank’, or some other term, that consumers will soon get used to, just as they have ‘Chip and PIN’,” he says.

“It will be powered by technology that allows direct payments and customer will just approve a payment in the same way they log on to their banking app, through a password or perhaps a thumb print. It will give customers the convenience of a contactless card payment, without the need for a card, and retailers can cut out the unpopular, and rising, fees from card schemes.”

This future is at least eighteen months away, Cregan explains, because it will likely be phased in after the 3D online payment authentication system is updated in September 2019. Until then, the card will reign supreme against cash but could soon start to find it has a more direct, card-less rival ready to take market share from the card schemes.