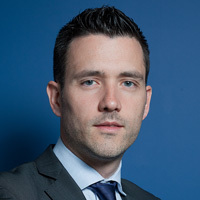 With the recent publication of the Fundamental Review of the Trading Book (FRTB), the global reforms aiming at improving the level of capital set aside for market risk in banks reached a turning point.

Reforms have been long overdue, as weaknesses in the existing market risk framework during the financial crisis had rightly led to questions about whether the framework was still fit for purpose. The move from the so-called value-at-risk models, developed in the 90s, to expected shortfall measures, will ensure that extreme tail events, which appear to have become increasingly common phenomena in market movements, are better captured in banks’ capital requirements.

Most jurisdictions, as well as banks, are now gearing up for the big overhaul in market risk measurement rules.

In the European Union (EU), the legislative process of implementing the FRTB was officially initiated with the publication of a proposal, on 23 November 2016, by the European Commission. At the same time, it is clear that further clarification is still needed with respect to certain specific issues, as underlined by the Basel Committee in December 2017. Nonetheless, given the operational challenges in the implementation of a completely new framework, most jurisdictions, as well as banks, are now gearing up for the big overhaul in market risk measurement rules.

The European Banking Authority (EBA) will be at the forefront of the implementation in the EU of the revised framework and will focus on the operational challenges faced by both EU supervisors and banks in implementing the new framework. Consequently, with a view to paving the way for a smooth implementation of the FRTB in the EU, the EBA published, on 18 December 2017, a discussion paper on the implementation in the EU of the revised market risk and counterparty credit risk frameworks. With this discussion paper, the EBA intends to provide preliminary views on how to address some of the most important implementation issues related to the FRTB and engage with stakeholders at an early stage.

The paper covers six FRTB implementation issues and requests stakeholders’ views on additional issues they may have identified, and which are not included in the scope of the paper. This will hopefully initiate a collaborative effort among regulators, supervisors and banks in identifying the main operational challenges, which include the definition of actual, hypothetical and risk-theoretical P&Ls used in the context of backtesting and P&L attribution, as well as the treatment of non-modellable risk factors. At the heart of the problem are real implementation issues that have a structural impact on processes and IT systems.

More generally, the discussion paper also puts forward a roadmap of the future EBA work in this area, in the context of the proposed legislation. In this roadmap, the EBA intends to give priority to a subset of regulatory deliverables that are deemed essential for the implementation of the new framework. These include deliverables related to the new standardised approach for counterparty credit risk (SA-CCR) and key regulatory products on the new FRTB Internal Model Approaches, which are essential for banks to start implementing their internal models. The purpose of consulting on this roadmap is to ensure clarity on the EBA’s priorities and reach a broad agreement on such prioritisation.

The successful implementation of the revised market risk framework will represent an important collective challenge, over the next years, for which stakeholders’ feedback to the discussion paper will be laying the groundwork. Once the legislative proposal is adopted, and also taking into account the outcome of discussions taking place in the Basel Committee, the EBA will publish a report presenting a summary of the feedback received, as well as an updated roadmap, so that there is clarity for all the parties involved on how to ensure a successful implementation of the FRTB in the EU.