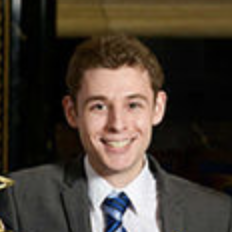 At the age of 17, David Humpston gave up the prospect of a career in professional motorsport and decided to branch into business. This turned out to be a very good decision.

“It was a great decision,” David says. “I wanted to create something without the limits of conventional academia and I wanted an option where I could have freedom to both earn and learn. I wanted to get the kind of experience that would help me convince investors to back my ideas. After realising that I should become an entrepreneur and that I couldn’t find a suitable course at university, I discovered the Peter Jones Enterprise Academy. By giving me the chance to work on team projects in the business world, the course helped me develop as a person as much as it developed me as a student.”

Since graduating in 2014 with the accolade of National Entrepreneur of the Year under his belt – plus £5,000 prize money to help bring his vision to life – he set about taking his start-up to the next level.

Viewpoint Videos is a video production company that captures adrenaline-fuelled pursuits and sends personalised action videos complete to customers. In a successful first year, Humpston teamed up with the UK’s largest indoor kart track and supplied footage to the BBC, BT Sport and EuroSport HD.

“By the time I’d left the academy, I had a the National Entrepreneur of the Year funding as well as £3,000 for winning the Edge Challenge, so I had a great starting point,” he says.

“But I also had a detailed business plan and the knowledge of how to go about securing the funds I needed. I’d done a lot of research, felt confident in my idea and was ready to explore all of the available avenues.”

At just 18, Humpston became the youngest ever recipient of a loan from Virgin StartUp, a not-for-profit organisation launched by Richard Branson to give new entrepreneurs the funding, resources and advice needed to get their companies off the ground.

“I received £9,750, which was amazing. I used it to cover my start-up costs, spending it on video editing equipment, cameras, encoding machines, camera mounts and everything else required to get up and running. I also put it towards developing our own software. The one thing I’ve struggled with is being taken seriously because of my age, but as Viewpoint Videos has grown steadily, I have gathered the evidence to show the value of what my company has to offer.”