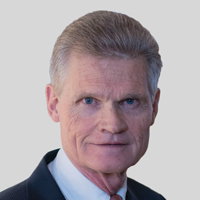 Professor of Medicine, University of Oxford, and Life Sciences Champion

Despite some of the headlines you might have read recently, the UK doesn’t plan to become a world leader in life sciences, notes Professor Sir John Bell, Regius Professor of Medicine at Oxford University. That’s because it already is one.

“I don’t think there’s anyone who would dispute the UK’s world-leading status in life sciences,” he says. “It’s the most productive economic sector in the country and highly competitive. It has a £69bn turnover and accounts for some 250,000 jobs.

The UK is the world leader in life sciences

“For a country of just 65 million people, the UK’s pharmaceutical sector has been disproportionately successful. We have some of the best universities and research institutes in the world. We have a lot of smart people. The challenge we face, now, is how to successfully commercialise and scale all of that innovation and talent.

UK-produced med tech to improve lives and boost the sector

The Life Sciences Sector Deal — between the government and the life sciences industry — aims to help by modernising the industry and giving its large and small businesses a boost. Announced in December 2017 by Business Secretary Greg Clark and then Health Secretary Jeremy Hunt, it was based on recommendations drawn up by Professor Bell that were published in August of last year in the Life Sciences Industrial Strategy.

The government said the Sector Deal, “involves substantial investment from private and charitable sectors and significant commitments in research and development from the government [that] will help ensure that new, pioneering treatments and medical technologies are produced in the UK, improving patient lives and driving economic growth.”

“Internationally, the strategy was received well,” says Professor Bell. “It’s coherent, sensible and plays to our strengths. And, since its publication, investors have stepped up and shown interest in committing more activity and resource to the UK.”

Pharmaceutical research companies coming back to the UK

When deciding upon an industrial strategy, it’s vital to decide which areas of the economy will generate thriving businesses. Professor Bell believes life sciences is a key sector in this regard, although it has faced challenges over the years. One has been the exodus over the last two decades of large pharma companies involved in discovery research.

“The UK wasn’t optimally positioned to help them with drug discovery, so they left,” explains Professor Bell. “Now, the climate has changed and they’re beginning to come back. I hope more companies will be able to commit to discovery science in the UK very shortly.”

Another problem has been how to introduce innovative new products into the NHS. “The NHS doesn’t adopt innovation very well,” says Professor Bell. “That’s an issue if you’re a company wanting to complete the cycle of innovation, discovery, development and uptake. It’s no use going three quarters of the way around if you find that, ultimately, the uptake part doesn’t happen.” He is, however, hopeful that things are starting to change.

Now, Professor Bell is keen to see the sector develop the recommendations outlined in his strategy — and he’s optimistic that it will.

“Obviously, we need to consolidate and strengthen UK presence in pharma and classical biotech,” he says. “But I think we’ll also see new growth in genomics because we’re probably better positioned than any other country in this particular space. I’d hope to see the sector make more of opportunities in the wider digital health arena, too, using digitisation and AI to transform pathology and imaging.

Plus, we have to create a platform for developing effective diagnostics. That way, people will be treated earlier, so avoiding a lot of downstream complications.”

Brexit should have little impact on the life sciences sector

Professor Bell is also optimistic about the impact that Brexit will have on the industry’s talent pipeline. “The government says it has no intention of cutting off the flow of skilled people coming here to do skilled jobs in the R&D environment,” he says. “They’ve given very clear reassurances about that. If that’s true — and I have no reason to believe it isn’t — then the UK life sciences sector will be fine.”