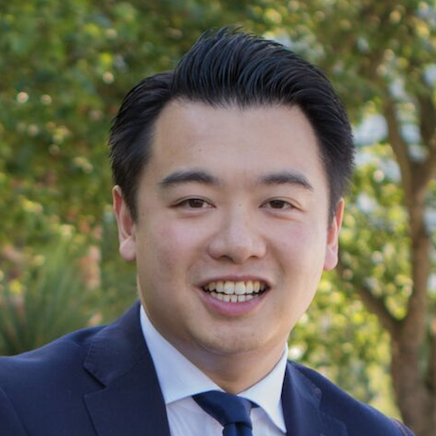 Founding Chair of the All-Party Parliamentary Group on the Fourth Industrial Revolution, and Havant MP

With a technological revolution taking place, Alan Mak MP argues that Government should seize the opportunity to reassert its status as a global trading nation.

Under the Qing Dynasty in the late eighteenth century, China was the world’s greatest economy, and had been for most of recorded history. With the world’s largest population, and a proud history of scientific success – from inventing paper and porcelain to fireworks and the compass – China had not yet been forced into the competitive race for innovation that is so important to the prosperity of modern economies.

However, new technologies and innovative business models were emerging in Western Europe that would soon break the link between the productive capacity of an economy and the size of its population.

As an expansionist Britain was initiating what became the first industrial revolution by looking for new trading partners to fuel her rapid economic growth, China had turned in on itself, becoming isolationist and stagnant.

Now, as we enter the fourth industrial revolution (4IR), China is determined not to be left behind. The “Made in China 2025” initiative is designed to comprehensively upgrade Chinese industry, while the ambitious One Belt, One Road initiative creates the infrastructure for expanding global trade. In Britain, we too must respond with our own national strategy for mastering the 4IR.

The Government’s newly released Industrial Strategy goes a long way towards this, setting out a bold vision for how the UK can lead the world in the 4IR.

I have long argued for stronger national leadership on this issue, and called for government and industry to work together to create a national strategy for Britain’s future in the 4IR.

What can Britian do?

Britain must act quickly to take full advantage of this technological revolution, and we can’t allow the 4IR to take a backseat amidst Brexit and other policy priorities – urgent action is required as other countries compete with us.

From creating a new and more integrated network of innovation centres and national research institutes, to reforming our education and skills system, to targeted investments and other measures to boost R&D, we have much to do to keep Britain ahead of the pack.

If we can rise to meet these challenges – and the Government has rightly signalled its intention to do so – then we can expect resurgent economic growth, rising productivity, and a range of benefits for both consumers and businesses across Britain. From more efficient supply chains and lower production costs, to personalised products and new services, digitisation of our industrial base is an economic imperative for Britain.

The Government’s Industrial Strategy has already set out strong foundations for a post-Brexit economy fuelled by regional growth, improved productivity, and rising skill levels. However, to secure our prosperity after Brexit, Britain needs to lead the 4IR not just be shaped by it.

It is impossible to resist the rise of the machines and advanced technologies such as artificial intelligence, so we must let them lift us towards a Global Britain that uses the Fourth Industrial Revolution as a springboard to a more productive, outward-looking economy. This will mean new trading opportunities, more jobs, rising living standards, and more money for our public services.

As Emperor Qianlong discovered, the lessons from history are stark. No matter the size of the economy, or the early advantages a country might enjoy, the consequences of inaction or an anti-innovation policy platform are disastrous.

Only by seizing this opportunity can we reassert Britain’s industrial strength, delivering a growing economy, and a new era of cleaner, smarter economic growth.