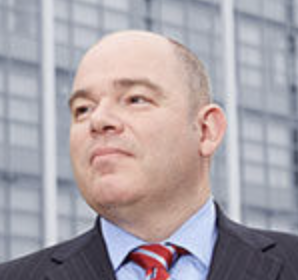 ‘Industry 4.0’ technologies, within UK factories, will not have a significant impact on overall employment levels in the manufacturing sector, but will cause a significant swing towards higher skilled positions.

The Go Fourth report by national law firm, Irwin Mitchell and the Centre for Economic and Business Research (Cebr), examines the latest trends and impact on the manufacturing sector of new technologies such as fully autonomous robots, 3D printing and augmented reality.

These technologies, often referred to as the fourth wave of the Industrial Revolution, create Smart Factories, which offer many benefits including higher productivity, increased speed of production and improved product quality.

A common fear associated with Industry 4.0 is the loss of jobs it could cause, but according to the study, employment levels within the manufacturing sector will increase by 0.8 per cent between now and 2021 as a result of the increased utilisation of Industry 4.0 technology.

A common fear associated with Industry 4.0 is the loss of jobs it could cause.

However, it says that certain occupations will be hit harder and the impact of this will be felt to a greater extent in some areas of the UK.

The report forecasts that in the next four years, lower-skill professions and administrative jobs will fall, while there will be a 12 per cent increase in managers, directors and senior officials and a 7 per cent rise for professional occupations.

The report reveals that manufacturers in the East Midlands, Northern Ireland and Yorkshire employ the highest percentage of at-risk occupation groups, while London and the South East employ the least. In the South East, for example, only five per cent of jobs are elementary occupations, for which employment is expected to decline by 10 per cent by 2021, while the figure for Yorkshire and Humberside is 11 per cent. In the East Midlands, 23 per cent of jobs are process, plant and machine operatives, but in London only 9 per cent of manufacturing workers are employed in this area.

These regional results suggest Industry 4.0 will generate a change in the distribution of manufacturing jobs within the country. Aggregate employment is not forecast to change significantly, and the job creation will occur in areas with more employment of managers and professional occupations, of which there are a higher proportion in London and the South East.

The report incorporated a YouGov study of senior decision makers in 300 UK manufacturing companies. Key findings from the report are:

Dorrien Peters, partner at Irwin Mitchell and head of the firm’s manufacturing sector group, said: “This report shows that, in the UK, usage of and familiarity with Industry 4.0 technology is at a low level in the manufacturing sector. However, it is growing, especially within the adoption of cloud solutions and big data analytics.

“This growth will provide productivity benefits but it appears that many manufacturing businesses in the UK are still concerned by the cost of investing in Industry 4.0 technology. Also, a number of businesses believe that their cyber security would be threatened by Industry 4.0.

“While one in three businesses surveyed believe that Industry 4.0 will reduce employment in the next decade, the report forecasts that on aggregate, employment will be stable until 2021. The distribution in terms of type of job and the location is set to change considerably and could have major repercussions for a large number of businesses.”

To find out more, visit: irwinmitchell.com/business/sectors/manufacturing