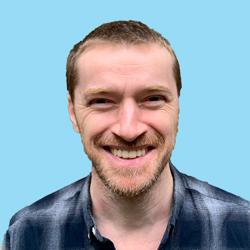 The high street is in crisis but, so far, a raft of initiatives has failed to address the problem. So, what is really happening on the high street and what should be done?

The British high street is in crisis. A perfect storm involving the growth of online shopping, economic uncertainty, made worse by Brexit and increased environmental concerns means a radical rethink is needed to revive Britain’s town centres, but how, exactly, can that be done?

“The outlook is not good,” says Andy Mulcahy, Strategy and Insight Director of IMRG. “Retail’s probably approaching its lowest ebb after a pretty poor period. Online is far from immune to the downturn and we need a new purpose for the high street but attempts to revive it so far are just not working.”

Brands are discounting goods at detriment to themselves

Mulcahy points out that some of the high-profile cases that have made the news, including House of Fraser and Debenhams, have forced other retailers into heavy discounting, which has just compounded the problem.

“House of Fraser caused a lot of concern when it went down because people had ordered items and either couldn’t pick them up or return them,” he says. “This made people very cautious of any retailer thought to be in a bad state.

Online is far from immune to the downturn and we need a new purpose for the high street but attempts to revive it so far are just not working.

“Now, people have been trained to think they should hold out for a discount and in the run-up to Christmas and Black Friday mania, things are already so heavily discounted, it’s hard to see how you can do more.

The high street is struggling to compete with the internet

Clearly a radical rethink is needed about the very nature of what a high street should be. “The complexion is changing and there is some thought that high streets should be more open to entertainment and leisure, but we already have libraries and coffee shops,” says Mulcahy.

“Many small towns will have just 30 to 50 shops, which is not a massive variety compared to the product range available on the internet. Instead, the high street has to become more digital in nature; click and collect is the only initiative that has brought offline and online together. People buy more when they come to collect, so if you get people down there that’s a start.”

There is also the environmental element. “There is a lot of potential for better environmental performance through incentivising far greater use of ‘click and collect’,” says Mulcahy. “You click on something on a website and a box gets moved around, but the more these orders can be consolidated, the less van trips needed and greater the potential for positive impact on the environment.”

Online sales are not totally flat: the first half of 2019 has shown a 5.4% increase on the same period in 2018, but that is lower than forecast, and now there are sustainability concerns as well.

“It is very difficult to know if it’s having an impact on shopper behaviour,” says Mulcahy. “To some extent, retailers are in the crosshairs, because people are now being told not to buy new things but to mend existing items, which represents a huge challenge to current retail models.”

However, he is doubtful about whether this is really changing consumer behaviour. “A lot of people would probably say they do make consciously-environmental purchase decisions,” he says. “But people are still buying plastic-wrapped sandwiches for lunch. Currently, there is still a lack of alternative options. But this will change, and we will see how that influences behaviour over the next two to five years.”