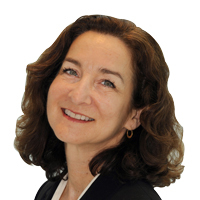 The Panama Papers and other recent leaks again have highlighted the need to strengthen global efforts against tax evasion and fraud.

Tax crimes not only deprive governments of revenues, they also undermine trust in the fairness of the tax system. Yet, fighting these crimes has become harder as they become more sophisticated and cross-border.

Since April 2009, when Gordon Brown declared the era of bank secrecy over at the G20 Finance Ministers’ meeting in London, the OECD, G20 and international community have stepped up efforts to enhance transparency and exchange of information for tax purposes so that there is nowhere left for tax cheats to hide.

Today, 150 jurisidictions are members of the Global Forum on Transparency and Exchange of Information for Tax Purposes, where a rigourous peer review is carried out of all members (and beyond) of  implementation of the international tax transparency standards.  117 countries and jurisdictions have joined the multilateral Convention on Mutual Administrative Assistance in Tax Matters.  In September 2017, the first automatic exchanges of financial account information began with almost 50 jurisdictions, and another 50 on track to start such exchanges next year. And these efforts are working. Already, in anticipation of the beginning of such exchanges, goverrments have identified almost US $85 billion in additional taxes through voluntary disclosure and similar programmes.

A new round of peer reviews is underway with a focus on availability of beneficial ownership information. Technical assistance is being provided around the world to support jurisdictions’ efforts in implementing the international tax transparency standards.

Transparency alone will not win the fight against tax crimes

These global efforts – in which the OECD has played a leading role – have been critical to enhancing the ability of governments around the world to deter, detect and prosecute tax evasion and tax fraud. But more is needed to fight tax crimes effectively.

The OECD has identified 10 key principles to guide countries, in particular developing countries, to strengthen their capacity to tackle these crimes. First among them is to make tax offenses a crime.

Countries may differ in where they draw the line between non-compliant and criminal behaviours but it is important to draw that line so that criminal sanctions may be applied. The threat of such sanctions acts as a deterrent; it also reinforces the integrity, neutrality and fairness of the tax system. Criminalising certain non-compliant behaviours also ensures the availability of the criminal investigative and enforcement powers needed to uncover the facts.

Governments also need to take a strategic approach to these crimes. This includes establishing an appropriate structure for the investigations and devoting the necessary resources to such efforts. The tremendous strides we have made in enhancing transparency and exchange of information will mean little if the criminal investigation functions are not given the resources to exploit these new sources of information to the fullest.

The relevant authorities also need adequate investigative powers to follow the money trail that the criminal has sought to hide. In today’s digital age, the power to search and seize computers, phones, software and digital media is increasingly important. Authorities also need the power to freeze, seize and confiscate assets – in particular, financial assets, which can easily be moved from one jurisdiction to another.

Tax crimes should be made a predicate offense to money laundering in accordance with the Recommendations of the Financial Action Task Force. Doing so sends the signal that tax crimes are serious crimes; that the era of tax evasion as a gentleman’s game is over. It also means that the penalties are likely to be be more severe where a person has committed money laundering and a tax crime. In addition, because financial institutions and other professionals and reporting entities are required to file Suspicious Transaction Reports on money laundering and predicate offenses, there is likely to be greater intelligence on possible tax crimes.

Effective inter-agency cooperation at the national level is essential

The fight against tax crimes and other financial crimes can be enhanced by taking a whole government approach and harnessing the expertise and intelligence of other relevant law enforcement agencies.  Depending upon the circumstances, this can involve a number of government agencies, including the tax administration, the customs administration, financial regulators, anti-money laundering authorities including Financial Intelligence Units, the police and specialised law enforcement agencies, anti-corruption authorities and the public prosecutor’s office. The impact of such collaboration is evident from the FIFA corruption scandal, which started as a tax case uncovered by an IRS agent and was ultimately pursued by the FBI and other law enforcement agencies around the world.

Protection of the suspect’s rights is paramount

Last but not least, the suspect’s rights must be respected. Tax crimes are no different from other crimes when it comes to the basic rights and protections afforded the accused. These rights include the right to remain silent, to a presumption of innocence; to be advised of their rights; to be advised of the particulars of which they are accused; to access and consult a lawyer and entitlement to free legal advice; to interpretation and translation; to access documents and case material; to a speedy trial and to protection from double jeopardy.

There is no single silver bullet to tackling tax crimes but with these global principles governments can greatly improve their chances.