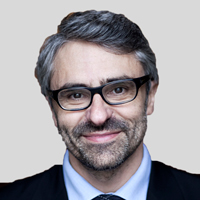 Digitalisation is transforming our everyday lives, as well as the way our economy and society is organised and functions. This digital transformation raises a large number of public policy challenges.

The key features of digitalisation – mobility, reliance on data, network effects, the spread of multi-sided business models, a tendency towards monopoly or oligopoly, and volatility – have important implications for public policy, including in deciding how companies should be taxed.

One thing is clear, there is no such thing as a “digital economy” as opposed to a “regular” economy, but rather it is the economy itself that has become digitalised. The issues are not just about social networks or search engines, but relate to all types of businesses and how they are able to interact with users and consumers all over the world.

Increasing transparency of tax across borders

The OECD/G20 Base Erosion and Profit Shifting (BEPS) Project was designed to stop countries and companies from competing on the basis of a lack of transparency, artificially locating profits where there is little or no economic activity, or the exploitation of loopholes or differences in countries’ tax systems. The work on tax and digitalisation has been a key aspect of the BEPS Project since its inception. While great progress is already being made in the implementation of the BEPS measures generally, preventing companies from being able to avoid paying corporate tax in line with where their real, substantial activities are conducted, the work on tax and digitalisation has been moving ahead on a more cautious track.

The debate raises questions of where tax should be paid – and, if so, in what amount – in a world where enterprises can effectively be heavily involved in the economic life of different countries without any significant physical presence and where new and often intangible value drivers more and more come to the fore.

At the same time, the features of the digitalising economy exacerbate some of the risks of base erosion and profit shifting, and enable structures that shift profits to entities that escape taxation or are taxed at only very low rates. Where the main BEPS work is in deciphering how to make the existing rules work better. The debate on tax and digitalisation is about how to change a set of highly complex, international tax rules that have been in place for most of the past one hundred years to reflect today’s realities.

Now, the OECD/G20 Inclusive Framework on BEPS, which counts 128 member countries on an equal footing, has agreed a policy note – Addressing the Tax Challenges Arising from Digitalisation – that has built concrete proposals around which a world-wide consensus can be based. This is a two-pillar approach, which recognises that the digitalisation of the economy is pervasive, raises broader issues, and is most evident in, but not limited to, highly digitalised businesses.

These fundamental questions require detailed technical work and the input of all stakeholders. The Inclusive Framework will continue to work out the details of the proposals, through a public consultation, with the aim of agreeing a global, long-term solution by the end of 2020. The stakes are very high, but the spirit of compromise and unity that have been the foundation for the OECD/G20 Inclusive Framework’s accomplishments to date provide great reason for optimism that a long-term, consensus-based solution will be achieved that can ensure fair international taxation rules for the 21st century.