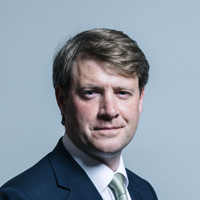 From tiny robots repairing burst waste pipes to designs for biodegradable safety helmets and gloves to cut down on waste, innovation lies at the heart of clean growth. Already, businesses across the UK are innovating to seize the opportunities of moving to a greener, cleaner economy.

Sustainability is central to new research. As Science Minister, I’ve seen this first hand, and now that I’ve been given the temporary privilege of driving forward the UK’s clean growth agenda, it’s even clearer to me that there’s not only an opportunity but a responsibility to act to protect our precious planet for future generations.

Just this February, we saw the temperature hit 21.2°C in Kew Gardens, smashing previous records. And the same happened again on Easter Monday when they reached 25°C. The Met Office predicts this could be the new normal, with summer temperatures set to be up to 5.4°C hotter by 2070.

Internationally, the disastrous consequences of this are already being felt. In Bangladesh rising tides are displacing communities, and wildfires are destroying homes in California.

The costs will be dire for businesses too. The Intergovernmental Panel on Climate Change recently projected global economic damage could reach $69 trillion with a 2°C rise above pre-industrial levels.

It’s clear we’ve reached a seminal moment in our efforts to tackle climate change. We’re keen to be the first developed country to move towards a net zero target.

The UK is aiming for net zero emissions economy

The UK has long led the global fight against climate change, spearheaded by the world’s first climate targets enshrined in our ground-breaking Climate Change Act. Since 1990, we’ve cut emissions by more than 40%, while growing our economy by over two thirds. And we’re now working towards becoming a net zero emissions economy, ending the UK’s contribution to global warming entirely.

Our world-leading science and research establishments are playing a major part in this fight, supported by our commitment to spend 2.4% of GDP on R&D. Just one of the initiatives we’re funding is an Antarctic mission to understand the degradation of the Thwaites Glacier, responsible for 4% of global sea level rises.

We’ve also backed a UK-German Arctic expedition to investigate how sea ice decline is changing the region’s ecosystem and what this means for us back home. A key part of the UK’s first International Research and Innovation Strategy is realising our responsibilities to our planet, and striking new research partnerships across the globe to tackle climate change.

Businesses have spotted the opportunities too of switching to cleaner operations. During last year’s ‘Green GB Week’, over 60 of the UK’s largest and best performing R&D companies – including Amazon, EDF and HSBC – pledged to invest hundreds of millions into renewable infrastructure, switch to 100% clean energy providers or replace existing fleets of diesel trucks.

This Government is determined to enable our greenest and most innovative firms to flourish. We have committed £2.5 billion to low carbon innovation through the Clean Growth Strategy. And in April we launched the offshore wind sector deal – an agreement with industry, which will see a third of the UK’s electricity provided by offshore wind by 2030, driven by £250 million of industry investment.

It’s clear we’ve reached a seminal moment in our efforts to tackle climate change. We’re keen to be the first developed country to move towards a net zero target and are eagerly pouring over the recommendations from the Committee on Climate Change to achieve this. We’ve also bid to host the 26th COP Climate Change Conference to help build international momentum on climate action.

Closer to home, we’re gearing up for our next ‘Green GB Week’ on 4 November 2019 to celebrate how government and industry are working hand in glove to tackle climate change, while maximising economic benefit.

Leaving the world in a better state than we found it doesn’t just mean being cleaner and greener. Increasingly, it also means being richer and, achieving our clean growth ambitions, bringing prosperity for all.