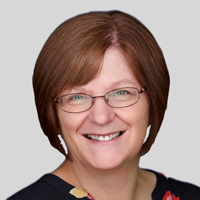 Becoming the number one subject choice for university students, project management is now recognised as an invaluable discipline for our economy.

Workplace diversity is driving interest in the project management sphere according to Debbie Dore, Chief Executive of the Association for Project Management (APM).

“Project management is such an interesting opportunity career-wise,” she says. “It crosses all sectors. You could be delivering Glastonbury or the Olympics one year, Brexit the next.”

Project management is such an interesting opportunity. You could be delivering Glastonbury one year, Brexit the next.

The days of starting a role at the age of 18 and being pigeon-holed into that area going forward are numbered. Young people yearn for a more varied and impactful career. “When we look at the research about millennials, we find that, commonly, they want to make a difference. Project management is a great environment in which to do that.”

Project management has experienced a coming of age in recent years. When a sector evolves in this way, professional benchmarking becomes more important than ever. “What we see now, for example, is that the government spends about half-a-trillion pounds a year on projects. Those projects are meant to be delivering change and benefits,” she says.

“Success breeds success. People started to believe in the critical role of project management when they started seeing big successful projects, like the London 2012 Summer Olympics, being delivered successfully.

“Some countries were quite negative about our ability to deliver a project on that scale within the time frame. But we did it. People want to get involved with an industry associated with success. The more success in the delivery of projects we’ve seen, the more appealing the industry has become – to both employees and employers.”

There’s been a huge interest in the ChPP; in the week following the launch of the chartership programme, over one thousand people downloaded applications and four thousand people visited the official webpage.

That enthusiasm has not waned since: “We have had in excess of 80,000 downloads of the standard to date,” Dore explains. “At the end of October, we will be able to announce the first chartered professionals, and it will be in the 100s rather than a handful.”

Not only does chartership raise the bar of project professionalism, improving project success delivery and ultimately ensuring that projects benefit the public, it also demonstrates an on-going applied professional knowledge.

“Continuous development is a condition of the standard. This is an important part for us because of industry changes,” Dore says.“Every year you commit to doing a minimum of 35 hours of professional development. That’s a core part of making sure whoever you recruit has a relevant skill set.”

“We are living in a world of rapid change, and most of that change stems from a project. That project that needs to be delivered professionally so that it brings about part, or all, of that change effectively.

“The project management profession is vital to the wider economy and – with Brexit looming – it will have a huge role to play to provide expertise in managing transition. It is a profession for skills needed now and in the future.”

In times of economic uncertainty, we all have a vested interest in project management. By all accounts, it is likely to shape Britain’s post-Brexit destiny. The move to introduce a chartership that will provide support to professionals, bolstering both their employability and credibility, certainly comes at the right time.

With the boom in project management set to continue, it’s important that the sector is delivering added value to employers. When they employ a chartered individual, they can be assured that they will meet a standard of professional, ethical and developmental competence.

This level of competence will allow positive social and economic change, through the delivery of world-class projects. It seems that as people move away from perceiving project management as behind-the-scenes admin, spreadsheets and updating old processes, this sector will continue to rapidly flourish.