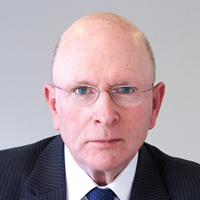 Patients across Europe currently benefit from the close collaboration between medical researchers who investigate, develop and test new treatments on an EU-wide basis.

We are exceptionally good as a nation at failing to recognise our strengths. As a result, too often we fail to capitalise on them. The UK’s pioneering role in life sciences, and especially in medical research, is a classic example. The danger of this false modesty is that we fail to protect the strong contribution we play, not only for the benefit of patients here, but also for patients across Europe.

Whether you look at clinical trials, where the UK has the highest number in the EU testing a new drug, or treatment for the first time, leadership of scientific committees and panels, (a quarter of clinical reference networks are UK led) or scientific training, (home to eight of Europe’s top universities), we are in the lead or the forefront throughout the sector. Just take transactional research, where the UK’s record of discovery of treatments and devices has included a new generation of genetically targeted personalised medicines to tackle leukaemia, skin, colon, brain and breast cancers.

If there were one area where pragmatism should drive the Brexit negotiations, it must surely be here. The benefits to both sides are unarguable. A recent statement from the Royal Society concluded: “Whatever Brexit modalities are agreed… full and continued engagement with the UK within… research and innovation programme remains an obvious win-win for the UK and the EU.”

And while the UK does make a real difference, the reality is that research has increasingly become a transnational activity. Big strides are made within individual great minds and in individual laboratories, but today most discoveries rely on team effort and are the result of multi-site collaboration The interdependency of research endeavour today is much greater than in the past, and is hard to overstate.

Over the last 30 years then, clinical research has increasingly benefited from UK and EU research collaborations, and nowhere more so than for rarer and paediatric diseases, where the UK has the highest number of clinical trials. As the number of patients with rarer conditions in each country is low, it is only possible to recruit enough patients by carrying out trials across countries. These conditions have also benefitted from EU research funding, which has filled gaps that are often left by national programmes.

The European Reference Networks have been vital here – these virtual networks bring together researchers and practitioners in rare and complex diseases and conditions from across Europe. They enable the development of highly specialised treatments, and they concentrate knowledge and resources. UK clinicians, such as Chris Chapple, who coordinates the urogenital disease network has no doubt about their value.

Professor Chapple, a consultant urological surgeon from Sheffield is adamant that the network fosters innovation and allows better diagnosis, new treatments and surgical techniques to be tested and made available more quickly.

The health service in the UK is currently involved in 23 of the 24 networks (involving 40 NHS hospitals). Importantly the networks have a legal basis under EU law, so the UK exiting the EU will have an impact on UK involvement, unless we devise an alternative arrangement in the negotiations.

We also need to tackle the more complex issue of regulating medical research, medicines and medical devices. As with research co-operation, leaving the EU means that the UK will be outside the EU’s regulatory systems as of March 2019, unless an alternative solution can be found.

This is by no means insoluble with goodwill on both sides but, as industry has made clear across Europe, the consequences of not resolving it are significant. From a UK point of view there is one stark fact – the EU represents 25 per cent of the global pharmaceutical sales market –  the UK accounts for just 3 per cent.

That is almost certainly going to affect decisions about where to launch new products, resulting in slower access for UK patients to new therapies. Countries such as Canada and Australia with smaller markets routinely see drugs introduced later, with companies devoting the time and effort to launch in the larger markets of the US and Europe.

These are unsettling times, and much if not all the anxiety is the uncertainty of what lies ahead, a factor already affecting UK research. Our universities, NHS hospitals and the pharmaceutical industry all say that talented researchers are turning down opportunities to work in the UK because of the lack of clarity around the impact of Brexit.

Last year, the government did make it clear that its preferred position was maximum alignment with EU regulation of medicines and medical devices. This was underlined in the UK Future Partnership Paper on science and innovation which gave a strong positive signal of the government’s intentions. These aspirations, along with the commitment to pay to continue to access relevant research programmes were highlighted again in the recent Mansion House speech by Theresa May on 2 March. But the hard truth is that, as yet, nothing is agreed.

The message the negotiators on both sides need to understand is that this is a crucial public health issue –  developing and accessing new types of treatments matters to patients across Europe and their interests need to at the heart of these negotiations.