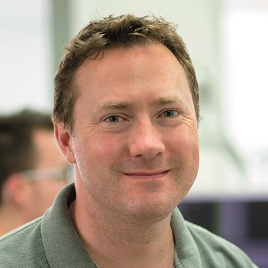 UK SMEs are feeling bullish about Britain’s economy, with 83% feeling confident about the country’s economic climate.

The report states: “this growing trend looks set to continue well into 2015, with more than a third of UK businesses saying they are confident that their international activity will grow this year.”

British SMEs are also placing significant importance on export markets. According to the research a quarter of SME business revenues come from international trade, far more than that of other Western economies.

With these exciting opportunities also comes a new challenge for SMEs: how to manage foreign exchange currency transactions?  According to the ITM, one in three businesses check the currency markets regularly, but a tenth of businesses don’t know what to do with unforeseen FX costs.

Historically, SMEs, which typically make larger value, less frequent payments went to their bank. They accepted the high currency charges, often between 2-3+% per single free transaction for foreign currency, and the impact these transaction fees were having on their profitability.

“this growing trend looks set to continue well into 2015, with more than a third of UK businesses saying they are confident that their international activity will grow this year”

However, over the last 18 months (TBC) there has been a quiet revolution in the UK’s FinTech sector, with several technology-driven alternatives to foreign currency exchange. Many of these disruptors have built their business on appealing to the SME market – offering an alternative to the high currency fees charged by banks and providing greater transparency and control for the small business owner.

One such company that is making waves in the alternative finance sector is Cambridge-based Money Mover.  One of the founding members of Innovate Finance, the new UK trade body representing the FinTech sectors, the company believes it can save businesses thousands of pounds in fees and commission, providing a viable cost-saving alternative to the bank’s high fees.

The company charges a single fee per transaction of between 0.5%-1%, which for many businesses can result in significant savings. According to Hamish Anderson, Money Mover’s co-founder and CEO, it’s a technology business as much as it is a financial services company.

“Our web application has been designed to put our clients in control, and allow them to make payments cheaply and efficiently,” explains Anderson.  “It combines some clever technology with the highest levels of security.”

The company, which has been shortlisted for The Guardian’s Small Business Showcase Start-up of The Year 2014 category, was set up by Anderson and co-founder, Andrew Comber, an internet business owner and experienced web-development project manager, and a senior Dubai-based investment banking head.

Anderson has worked in banking and finance for 18 years, and was previously Head of Prime Finance Sales at HSBC.  He founded Money Mover as he had frequently come up against high foreign exchange rates in both his personal and professional life, and was fed up with seeing small organisations penalised because there was no simple and inexpensive solution to the problem.

SMEs account for 99% of all businesses in the UK; there are 5.2 million SMEs according to a statistical analysis of small businesses in the UK by the House of Commons carried out at the end of 2014.  This is a lot of businesses with the potential to save a significant amount of money on their bottom line by being smarter about foreign exchange.

“Our vision with Money Mover has always been very straightforward – we knew what kind of service we would want to use ourselves, so we put that dream into reality,” explains Anderson.

Innovate Finance sees the benefit of using this type of technology platform for smaller businesses. Claire Cockerton, CEO of Innovate Finance and technology ambassador for the Mayor of London said, “Money Mover’s success in bringing a new technology-led financial product to its clients is indicative of the incredible talent that is emerging from the alternative finance sector. Britain has become the undisputed global centre of sustainable financial services and technology innovation and Money Mover’s achievement shows the tremendous business opportunities that exist for FinTech entrepreneurs across the UK.”

For Geospatial Insight, a technology business based in the East Midlands that provides business intelligence via the use of satellite and aerial imagery, the savings Money Mover have helped it achieve have been substantial.

“Like many SMEs we’ve historically relied on our clearing bank to make our foreign currency payments. Whilst this was the quick and easy option it wasn’t the most cost effective – the bank exchange rates were at least 3% away from the mid-market price and these costs were adding up,” explains Adrian Watson, Geospatial Insight’s CFO.

After a conversation with Money Mover, and a review of its web application, it was clear that these costs could be reduced. Money Mover’s simple registration process, clever technology and the highest levels of security convinced Watson to make the switch.

“I reduced my fees significantly by using Money Mover compared with what we would have paid at our bank – and that saving goes straight to our bottom line. Other payments services draw clients in with the promise of the best rates but fail to deliver once you’ve registered. Money Mover’s rates are always transparent and consistent, and don’t get worse over time,” adds Watson.

Chartered Accountant Paul Reid, founder of accountancy and business advisory firm Resolve Business Solutions based in London, Cambridge and Norwich was also attracted to the company in order to save money for its clients.

“What Money Mover have put together looks like it has been set up with the needs of SMEs – our clients – in mind,” explains Reid.

“I really like the way you can access market rates quickly and in real time, but are not required to commit until you have had a chance to review all the details of the transaction.  Most banks tend to treat SMEs the same way that they treat retail customers. But Money Mover has a different approach and enables clients to access the kind of rates that were previously only available to the biggest corporates. The first client we referred to their platform was being charged an average of 3.6% of each payment in exchange rate spreads alone. Money Mover immediately cut this to 0.9% over a twelve month period, this marks a significant saving for any business,” says Reid.

Ease of use and transparency also led Sentinel Oncology, a drug discovery company looking at new therapeutics to treat difficult to cure cancers to test out their claims of cheaper foreign exchange costs.  The company, which has become increasingly international and needed to make payments for scientific services in a number of currencies, was becoming concerned with the rising costs of foreign exchange. Chief Operating Officer, Stuart Travers felt there was a lack of clarity when dealing with the banks.

Money Mover undertook an analysis on some of Sentinel’s recent foreign payments and it was evident that by changing the way Sentinel sent its money, significant savings could be made.

Travers explained, “We had a conversation with Money Mover about how we deal with our currency transfers and they recommended some ways that we could reduce our costs and increase our control.”

“Before we spoke to them we were simply receiving and paying non-Sterling currencies directly from our GBP corporate bank account. It was very difficult to get a clear view of the exchange rate-related costs we were incurring for foreign payments, and we had little or no control over when our payments got converted.”

Travers compared rates and fees side by side with Sentinel’s bank, so it was immediately clear to him how much the company was saving. He believes he saves around 2% of the payment amount each time he uses Money Mover, which all goes to the bottom line.

In addition to the financial benefits, the switch to Money Mover has also helped the company in other ways.

“Ease of use is key for us,” adds Travers. “Saving money is great but not at the expense of a significant amount of management time. I found the registration process to be thorough, but also straightforward. On-going administration is minimal once payments and beneficiaries have been set up.”

With 2015 set to be a big year for the FinTech sector Money Mover is determined to stay ahead of the game – providing clients with the personal touch whilst at the same time providing cutting edge technology which will make transactions easier, more transparent and ultimately save them money.