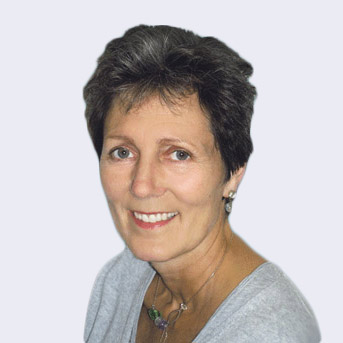 Editor of The Business Travel Magazine

What is the best way for travellers to get to their destinations and should they use rail or air?

It depends on the budget and how far they are travelling, but cutting costs too far could prove to be a false economy.

Austerity has hit the business travel industry: for the vast majority of travellers, unless they are bankers or very highflyers, the majority now turn right when they get on to a plane. However, long haul travel can be gruelling and it could actively disadvantage a corporation to insist on its representative flying economy just to save money, with the result that some companies are coming up with ingenious solutions.

“Some companies are getting very clever,” says Gillian Upton, Editor of The Business Travel Magazine. “Outbound, if the trip is during the day, the traveller might be in economy, because he or she will not need a flat bed. However, coming back on an overnight flight, they might be upgraded to business class, which means they can have a good night’s sleep and come straight into the office. It makes sense to give them comfort when they need it and when it also satisfies a company’s duty of care obligations.”

In fact, the face of business travel is changing. For many years corporations avoided budget airlines but some are repositioning themselves for the corporate travel market by introducing flexi-tickets and allowing seats to be booked in advance, for example.

When booking flights, companies also have to be aware of the total time and cost of travel: there is no point in booking a cheaper flight if the airport involved is a two hour drive from the final destination. That is a waste of everyone’s time.

Another factor airlines have to consider when appealing to business travellers is whether they are dealing with Asian companies. Status is a very important issue in the Far East, so it is essential that a group of people travelling from the same company fly in different classes, depending on their position in the company. “Those airlines need three classes and flights that ply the Asian routes have much bigger first class cabins,” says Upton.

Of course, for shorter journeys, rail travel might be more practical than a plane, and if a trip is three hours or under it will almost certainly be on rail tracks. “There has been a huge revolution in rail travel,” says Upton.

“The introduction of high speed lines, quiet areas, WiFi, easier booking systems and tickets that can be printed in the office means the rail industry has replicated what is available in the air, including departure lounges at stations.”

Indeed, according to industry figures, there has been a 16 per cent increase in services run between 1995 and 2009, with 65 per cent of all rail trips starting or finishing in London.

In 1987/8 there were 800 million passenger journeys a year; by 2009/10 that had risen to nearly 1400 million.  And while that applies to all rail journeys, not just corporate ones, it is clear that business travellers along with everyone else are letting the train take the strain.