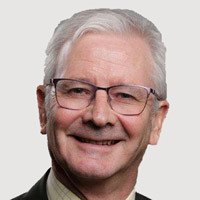 Head of Compliance, Association for Financial Markets in Europe

In general, the post-crisis regulatory framework has been a force for good in improving standards of conduct and stability across the financial sector.

Over the last 10 years few aspects of financial services have been unaffected by regulatory change. In general, the post-crisis regulatory framework has been a force for good in improving standards of conduct and stability across the financial sector.

Self-generated industry codes of conduct have become an increasingly popular tool for participants, across a range of markets, to establish best practice.

One example is the Senior Managers’ and Certification Regime, implemented by the FCA in the UK and adopted in some form by several other regulators worldwide, marking a sea change in the regulatory approach to decision-making and accountability within banks.

But, with the bulk of the new regulatory framework now in place, and industry moving into a new phase of implementation of regulation, the approach to handling new and arising conduct issues also needs to adapt. New regulation, where needed, should continue to play a role in upholding standards, but other approaches can also be effective without placing as much of a burden on both regulators and industry.

In recent years, self-generated industry codes of conduct have become an increasingly popular tool for participants, across a range of markets, to establish best practice for themselves. The Global Foreign Exchange Committee’s Global FX Code of Conduct, which brings together standards agreed by central banks and market participants in 16 different jurisdictions across the globe, is a good example.

Industry setting its own standards

There are many positive things to be said for industry setting its own standards. Principles can be applied to markets and entities that are outside the regulatory perimeter, and also drafted to a level of technical detail simply not possible with regulation. It is also much easier to update a code to keep pace with changing market practice than to overhaul a piece of regulation. Industry can also choose to exert its own pressure to comply by simply refusing to deal with market participants who won’t sign-up.

But, if not devised and implemented carefully, these codes can have their limits. The fact that they are voluntary may encourage firms to sign up to them, but if they are perceived to be lacking in teeth this can limit their impact. If firms are seen to breach industry guidelines without consequences this can damage credibility with the public and with consumer groups, undermining much of the benefit of creating them in the first place.

The FCA’s recent consultation, 17/37, has proposed making use of industry-written codes in its supervisory approach to unregulated markets, including publicly “recognising” them. Which suggests that, going forward, they are likely to face much greater scrutiny and play a more significant role in upholding standards – especially if regulators in other jurisdictions decide to take a similar approach.

This higher level of scrutiny means that it will become increasingly important that careful consideration is given to how such codes are drafted, that they have buy-in from a wide range of industry participants and that compliance with them can be and is fully monitored.

This does potentially mark a shift in approach, as in the past such codes perhaps didn’t face the same level of exposure as they do now. And, in some cases, it might be sensible to take a fresh look at older examples to ensure they are still up to scratch. AFME has identified over 30 codes covering the financial services industry, not including a similar number written by the likes of IOSCO and FSB and aimed at regulators, so this isn’t a trivial task.

AFME has always welcomed initiatives that contribute to better market conduct. For voluntary industry codes to be as effective as possible, the aim should be to create standards that are the result of rigorous drafting and consultation, open to scrutiny, maintained up to date, and that industry is committed to upholding.