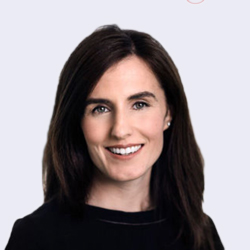 Head of Dropbox Business for EMEA

We often read and hear about the workplace of the future – with visions of powerful technology enabling incredible productivity. But is that the reality of today and is it the direction we’re currently heading in?

Leading consultancy McKinsey found that we actually spend around 60% of time doing ‘workaboutwork’, which means we only spend 40% of our time getting things done. That’s like writing off Monday, Tuesday and Wednesday to non-productive work.

Head of Dropbox Business for EMEA, Geraldine MacCarthy, explains, trying to squeeze an extra 15% or 20% out of people won’t give businesses the results they’re after.

Rethinking the way we work

The truth is that, today, we are all consumed by a never-ending cycle of managing our technology – such as email and messaging apps, meetings about meetings, and out-of-date processes and hierarchies – turning productivity into a fragmented and distracting mess.

“The answer doesn’t lie in simply keeping people working longer,” MacCarthy says, “it’s about finding out how each person can work “in the zone” for more of the working day.”

To achieve this, MacCarthy believes we must completely rethink the way we work to let people unleash their creative energy. We must address physical, psychological and virtual working environments in combination.

The modern working environment is changing, not only the digital needs of organisations – high speed connectivity, for example – but the actual physical space too.

“You’ll always have your desk, but offices often have quiet spaces now for people to break away from the chatter of the office,” MacCarthy explains. “It’s a more enlightened way of working for teams.”

This  is a critical part of creating the right psychological environment for employees to produce their best work.

Getting the psychological space right

Organisations must start considering their employees’ psychological space, creating an environment where individuals can truly speak their mind and challenge the status quo. Too often, workers can feel they are playing at office politics or that they don’t have the space to contribute in the best possible way.

To MacCarthy, this is vital and suggests companies must, “create an environment where people can actually disagree with each other respectfully, regardless of their paygrade.” After all, “it’s extremely rare that one person alone has the right idea.”

Safe spaces strengthen a team’s commitment to the work they produce and can bolster performance, giving teams and individuals the freedom to push boundaries.

It’s no longer the case that workers feel the need to be chained to their desks to get their jobs done. For MacCarthy and her team, which is spread across five offices through Europe, it’s here she sees the positive power of technology come to life.

“You’ve got to be mindful about how to use technology – everyone has different preferences. And while there are no hard rules, there will always be ways to help workers get into the zone and do their best and most productive work.”

The future of work must come quickly

Dropbox sees the business value of creating spaces where people can be themselves, because working environments – no matter where – engage every team member, encourage new ideas, and surface different viewpoints.

It’s time to tackle ‘workaboutwork’ and make the future of work a reality today.