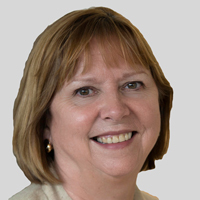 Regius Professor of Computer Science, University of Southampton and AI Skills Champion for the UK

Artificial intelligence is starting to make its presence felt in our everyday lives. Used properly it is also going to be beneficial for business, says the UK’s AI Skills Champion.

“Over time, every reasonably sized business in any sector will be able to use AI to make itself more effective and productive,” says Hall, the University of Southampton’s Regius Professor of Computer Science and co-author of a government review called ‘Growing the Artificial Intelligence Industry in the UK’. “Plus, knowledge-based companies will be able to use it for discovery, such as finding new drugs, for example. It’s going to have a huge impact in health services.”

AI is already used by social media and search engines

AI isn’t new, of course. Social networks and search engine companies have used it for years. But it’s only recently that it has started to come out from behind the scenes and begin to impact our lives directly — with voice-activated technology, for example.

Our roads could see automated vehicles in the near future

Its growth may continue slowly, but this is just the start, says Hall. For example, over time we’ll see it revolutionise the energy industry and the transport industry. “With the introduction of automated vehicles, our road systems will change in ways we can’t even imagine,” says Hall. “There are so many areas it will creatively change to help us live better lives.”

That’s why the UK is now looking seriously at AI, notes Hall, and has established an Office for Artificial Intelligence to understand how best to use it for maximum advantage. “I’m pleased the government has decided to make AI a Sector Deal (a partnership between the government and industry to transform productivity) as part of its Industrial Strategy,” she says. “It means there will now be money available to fund AI developments.”

Thanks to leading AI research groups in its top universities, the UK is on a par with the US when it comes to AI ability and innovation. “Where we can’t compete is on scale,” says Hall. “And it’s harder for companies who spin out of university research to gain momentum in the UK. So we have to be clever – and fast – with AI.

The importance of AI startups is something we highlighted in the review — and is something the government picked up on also. We have a good tech start-up culture in this country and more AI start-ups than in the rest of Europe. We need to keep that economy here for as long as we can and try to stop a brain drain to the US.”

In June, Hall was appointed AI Skills Champion in the UK, with the role of promoting jobs in AI. “At one end of the spectrum we need experts in machine learning, data analysts and data scientists,” she says. “But, actually, AI requires broader talent. When designing AI systems, it’s important to include people from other disciplines: those with philosophy or humanities degrees, for instance, or people who’ve worked in accounting or in the NHS. Essentially, this field should be open to anyone who can become familiar with AI and help government and industry utilise it for the good of society.”

AI isn’t quite like the scary films: let’s keep it that way

Thanks to sci-fi movies, there’s a public perception that AI is scary. As the industry develops, we have to regulate the technology so that it will support human beings — not dominate them. But people are also nervous about it taking their jobs away.

Technology is creating more jobs than it kills

“All technological revolutions end up creating more jobs than they destroy,” says Hall, pointing to the finance industry as an example. “But that doesn’t help the person who becomes redundant tomorrow, so it’s important for companies to upskill their workers. We have to make sure that in schools and universities we’re training people for an AI future and not for jobs that are going to disappear. And for people who are in jobs now that are going to disappear, we have to help them into the new jobs that AI will create.”